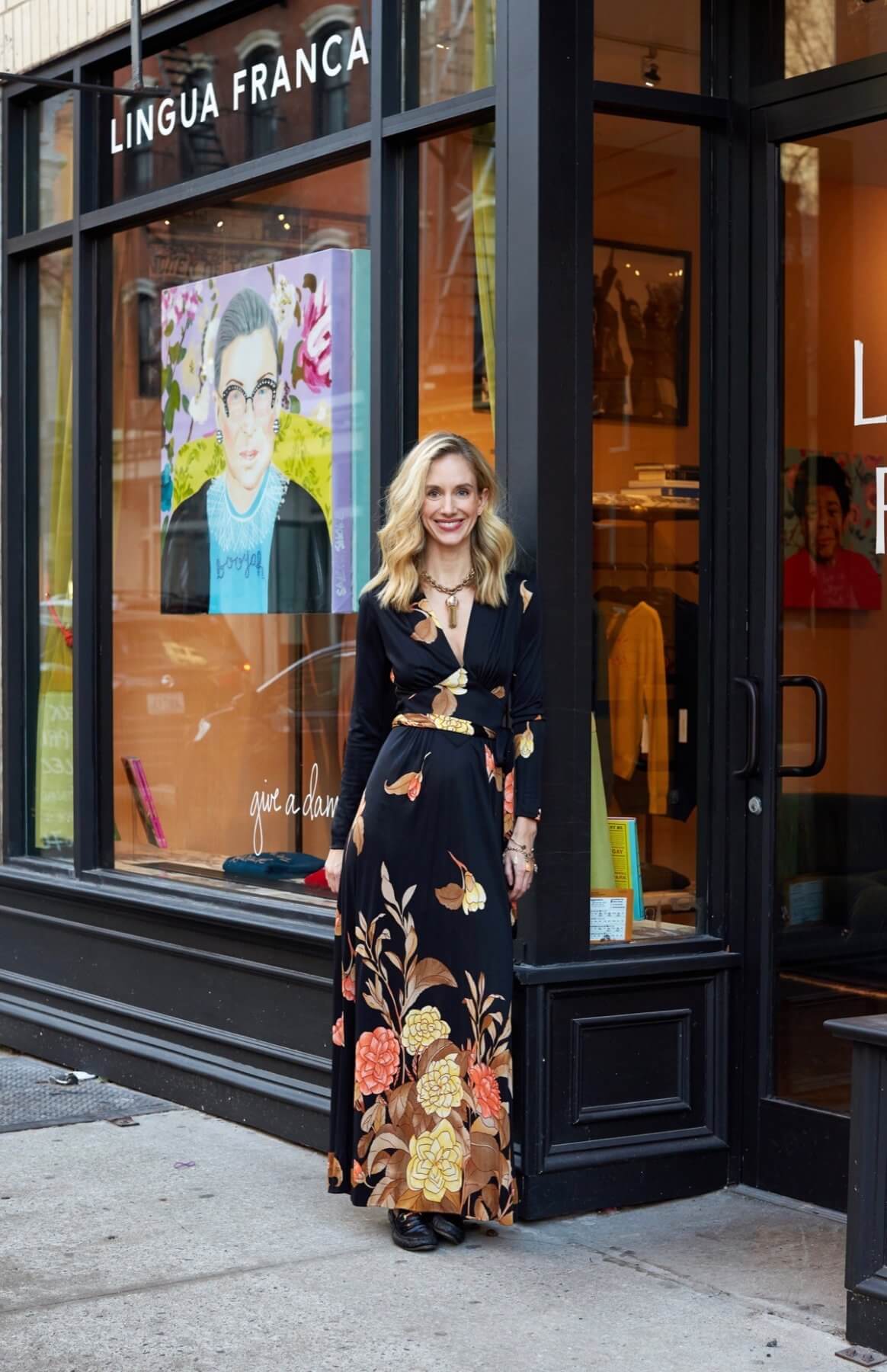 If you’ve seen the ever-popular luxe sweaters embroidered with sentimental or culturally trending messages flooding your social feeds, well…you’ve seen Rachelle! She’s the Founder of Lingua Franca, and her celebrity adored brand all started with a single stitch. In 2016, as a means to burn off some anxiety, she turned to embroidery, picked up an old cashmere sweater and a needle and thread and with that, Lingua Franca was born. Rachelle is also the founder and CEO of Guest of a Guest, a NYC based website that covers events, people, and places. She has been featured in The New Yorker, The New York Times, WWD, W and Vogue. She was even named 13 under 30 by the NYPost, and the Most Influential Women In Technology in 2011 by Fast Company. 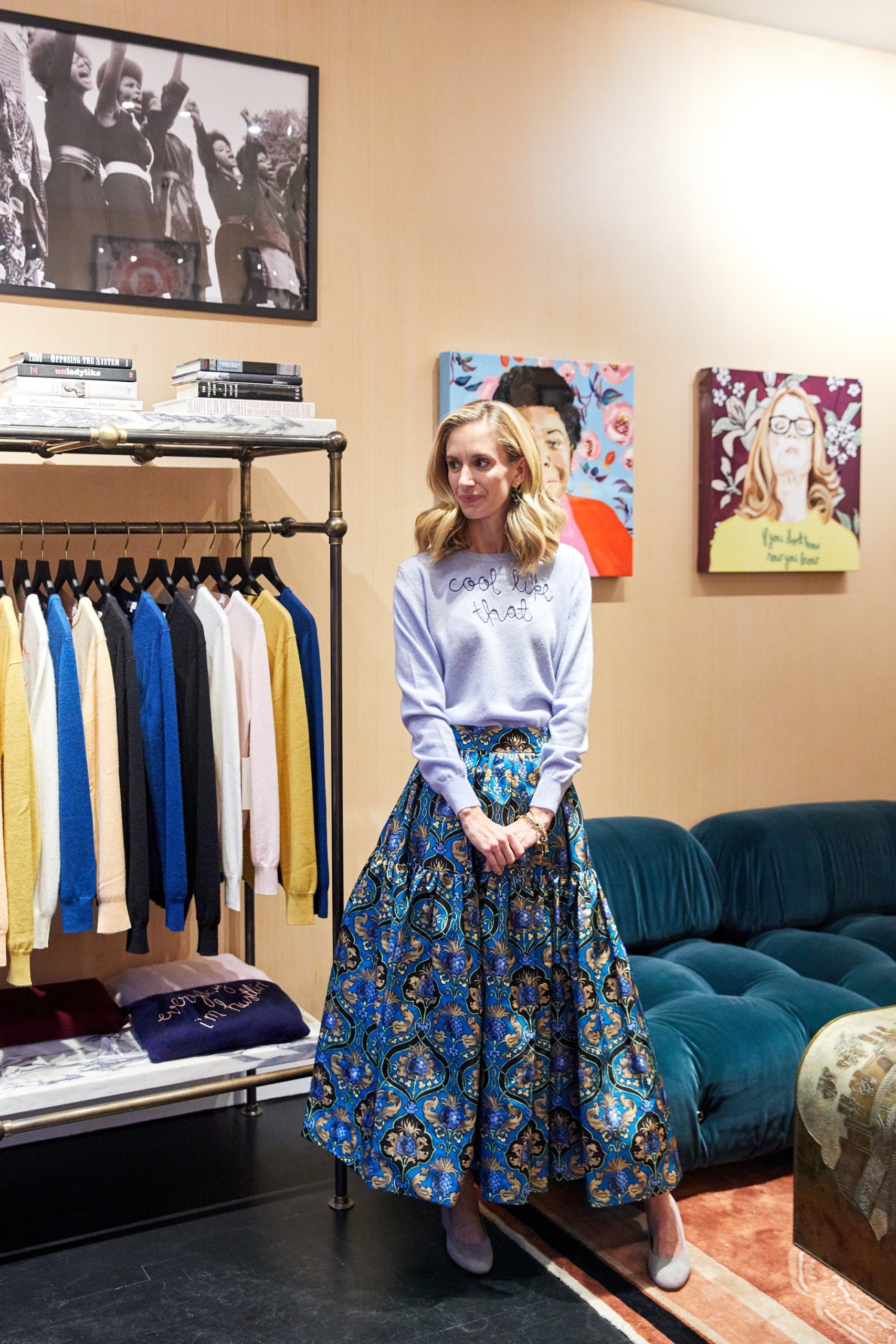 What we may appreciate most about Rachelle though, is her dedication to sustainability and philanthropy. Lingua Franca works with cashmere from a company called Naadam, which sources its yarns directly from herders in the Gobi desert in Mongolia, and has built a whole organization to give back to the communities there. Furthermore, Lingua Franca merchandise has sparked meaningful conversations and raised money for political and social justice causes. From the popular “time’s up” sweaters created to support the Whitney Museum, to a recent collaboration on “give a damn” Birkenstock sandals, the brand has contributed over $1 million to various charitable causes.

We got the chance to ask this boss-lady a few questions! Read on Royals…

You’ve accomplished a great deal and influenced significant cultural movements as a young female. What advice or knowledge would you share to other women looking to make their mark?

We’d love to know what you’re working on next for Lingua Franca. Can you spill some tea?

“We are launching our first collection of ready to wear pieces, swim, and accessories this Spring and I’m as excited/nervous as can be! The collection is based on the love story of Yoko Ono and John Lennon – look up “Yoko Ono “yes” exhibit” and get inspired to seek out the yes in life!”

Long of the short, Rachelle Hruska McPherson is a force! Give her a follow at @rachellehruska and @linguafrancanyc.